Some Things Ya Just Gotta Learn The Hard Way –

It Feels More Like 3 Steps Forward and 7 Steps Back

Regardless of how successful we are in any aspect of our lives, there are times when the end-result we have envisioned, planned and worked for fails to materialize the way we intended it to. The Boot-Strap Expat adventure, after six months of focused efforts is one such example. Initiated with great vision, intent, emotion and effort in September of 2013, most of my efforts to launch this project have sinned in the original meaning of this archery term, falling short of the mark.

There Have Been Great Successes Along the Way

With about fifty essays and articles, The Boot-Strap Expat site has garnered over 20,000 readers, most since the first of the year.

While Liquidation efforts were disappointing, we were able to find new homes for over $2000.00 worth of antiques, collectibles, fine jewelry and collectible silver coins. We still have several thousands of dollars of similar assets to offload including original artwork by Jack Jordan and myself as well as a number of fine antiques.

We were able to generate some excitement and gain worldwide exposure through my interview with Out Of the Box on AboveTopSecret.com.

Why So Few Posts This Month?

Silence Is the Most Powerful Message At Times

By mid February it was obvious that the initial Boot-Strap Expat IndieGoGo campaign was one donation short of a total failure. I am honored by the faith and confidence of the donor for supporting our efforts. After reviewing what seemed to work and what did not, we launched a second round (link below), which is doing almost as well as the initial campaign.

What to do?
With over thirty years of entrepreneurial, consulting and management experience it was time to review all efforts to date. When you work for someone else, this is a relatively painless exercise. When you work for yourself and are critiquing your own performance it is brutal. I am my harshest critic and no quarter is prayed nor given.

This is not the sort of exercise I am able to complete in an afternoon, a day or a week; I review all efforts, compare them to expectations and plans, identify if possible what prevented spot on execution, what issues and barriers slowed or impeded progress and devise Lessons Learned to improve performance moving forward. This is emotional gut-wrenching work for me. Yet it helps me identify not only my weaknesses, areas that I either need to improve or assign to others as well as my strengths. I have a fairly good grasp of my strengths, but after kicking my ass about my weaknesses I need to remind myself how outstanding some of my gifts and talents actually are. All of this takes time and it does take an emotional toll.

When I’m in a Bad Place, I withdraw, hence the dearth of essays and articles over the last three weeks. I’ve continued to log ideas for essays through all this but have only published one essay in the last three weeks. You may have noticed the date of this installment above. Yes, I began composing this update over a week ago but wasn’t in the frame of mind to complete it until today. After three moon phases of introspection, I needed time to digest all I had learned and settle a bit. 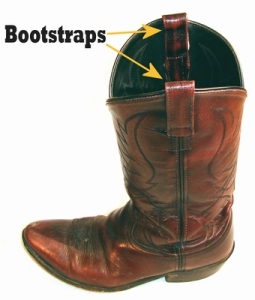 We began to envision our 13,500 mile road-trip to Chile way back in early 2012 as I was wrapping up my consulting engagement with Comerica Bank. When I rolled off that engagement I had over $10,000.00 in the bank and over $15,000.00 of receivables. Had I known then what I know now, I would have hit the road as soon as the receivables became receipts, but I wasn’t ready in other areas of my life. My daughter was not yet 21, I’d been investing in silver and gold thereby reducing my liquidity and had other forms of unfinished business.

Suiting Up Once Again – So I plan to head back into the fray of corporate consulting to raise the funds for The Boot-Strap Expat Adventure. I’ve had half a dozen phone interviews over the last few weeks and am back in the swing of prospecting for professional opportunities. That’s the Bad News. The Good News is that within six months from the time I begin my next consulting engagement I should be able to bank three times the estimated budget to get from the Great Lakes to Chile! If the engagement is longer than six months, that just provides additional funding for the adventure beyond Chile.

Of course your support is always welcome, but the Boot-Strap Expat is grabbing his own boot-straps.

If you’ve stumbled upon any of my more esoteric essays (there will be more of them in the future), you know I’m a Tree-Hugging, Dirt Worshiper and Pagan Mystic. I was recently made aware of the New Earth Nation (http://www.newearthnation.org/). I’m not sure exactly what they mean by a “Resource Based Economy,” but being an Anarchist I’m intrigued. This might turn out to be a commune sorta effort, but they have communities planned throughout the world including Chile. In fact it is the part of Chile I fully expected to settle in due to its climate and Natural environment of forests, rivers and lakes. I’ll let you know what I learn as I learn it.

Thank you all again for supporting our efforts. I’ll try not be such a stranger in the coming days, weeks and moons.

The Boot-Strap Expat adventure, a rustic camping road-trip from the Great Lakes region of North America to Expatriate communities in South America. This adventure will be include regular posting of video and articles capturing the trials and tribulations of a 13,200 mile road-trip from the Great Lakes to Chile. Afterwards, a documentary video and book will be created and published.