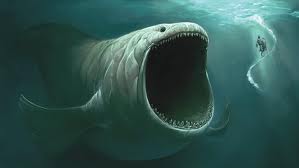 Leviathan – Government at all levels

After three decades of supporting attempts by liberty candidates and causes to rein-in The Beast that is Government at all levels I have decided to disengage. With very few exceptions, all such efforts have been a waste of time, effort and resources. Governments at all levels in the States of North America continue to grow unabated despite the educational value of some of the points made by the liberty factions.

It’s time to accept that aside from a few skirmishes the proponents of liberty and Constitutional government continue to lose the war. If one truly wants liberty one must seek it elsewhere in some other way. While that may be the overarching theme of most of my writing here, once one accepts the present reality of the situation, the obvious next step is to cease granting the political theater so much space between your ears.

How To Begin Disengaging If You Too Are Fed Up

If you’ve been sincere in your desires and efforts to bring some sanity back into the world, you probably have subscribed to more than a few sources for updates by email and Social Media. You’ve probably noticed that a few are poorly veiled requests for donations on a regular basis rather than informative. Unsubscribe to each appeal for donations, that will trim things down a bit.

Next begin unsubscribing from the ones you typically just glance at in the preview pane because they haven’t actually provided you with any information of value. You know the ones I’m talking about. They are usually a few days behind anything that approximates Newsworthy, and you’ve already read about whatever issue they are showing up late for.

Congratulations! You’ve saved yourself at least twenty-eight hours a month that can be put to more productive purposes. It is amazing how much time we’ve been glancing at subject lines and preview panes only to delete the message anyway!

Now is when it begins to get easier. You’re probably left with as many as a dozen subscriptions competing for your attention. Some are better than others in your experience so pay attention to which ones you actually enjoy exploring and engaging in. I often comment on articles and essays if they have relevance to The Boot-Strap Expat Adventure as it helps drive traffic here. If they don’t inspire your engagement, unsubscribe from them. You’ll have even more time for Life and you’ll sleep better and longer most nights.

Less Than Half Of US Care, Nor Have Half A Clue 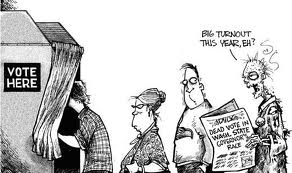 It’s actually worse than this…

Candidates and Issues are no longer decided by a Majority; they are decided by a Minority, those who show up at the polls and few of them have been engaged enough to have a clue who or what they are voting on. Why is this so? Because in most recent elections less than half of Registered Voters have bothered to do so. As such, 25% of the eligible electorate constitutes a “win” and a “loss.”

What To Do Once You Disengage

Aside from truly  enjoying more of Life, you’ll be able to get a sense of the Big Picture, there are options you may not have considered if you really are some variety of  the Constitutionalist, libertarian, Anarchist spectrum, and they have little to do with voting other than with your feet.

The States now rank 43rd in terms of Economic Liberty. Think about that. From the top ten just a few years ago to 43rd now. Now look at those fictions known as nations who have moved up the list. I’m sure you’ll find some surprises.

Quality of Life is. For those of us who treasure the 2nd Amendment and other Natural Rights you have options and choices. In reality, even many nations that don’t approve of personal arms, actually don’t care too much whether you have one or not. They simply don’t enforce many of the laws on the books. Sheriff Andy, formerly of Mayberry has moved to South America. If you don’t bother others, you’re not likely to be bothered yourself. Spanish with a Southern Drawl is a wonderful thang.

So do your homework. What do you prefer personally? Urban centers? Small towns? Mediterranean climates? Snowcapped peaks? Sleepy little fishing villages? You’ll find exactly what you’re looking for with plenty of pleasant surprises along the way.

You just won’t find what you’re looking for in the States. So vote with your feet.