Holy Days, Holidays and Holi-Daze are a touchstone in most of our lives. Whatever your personal beliefs, or non-beliefs when it comes to spiritual or religious tradition there remain all the secular holidays to remind us that we are just one ingredient in a local stew of humanity. 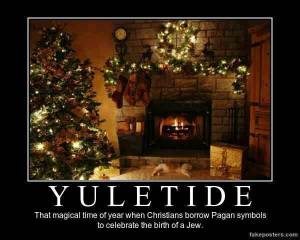 I grew up in the Great Lakes so holidays and Holy Days have always been associated with specific seasons for me. Sure, Halloween and Easter may or may not include snow on the ground or balmy temperatures, but that is part of the excitement of living in a region where if you don’t like the weather, it’s likely to change within twenty minutes. Yet the Yule or Christmas season was almost always a dark and cold time of year even if a White Christmas was only a tune on the stereo and not a reality outside my window.  I’ve also lived in the deserts of California and The Blasted Lands (Arizona) for many years and the first holiday season in such environments is usually disorienting. No cold temps (in Great Lakes terms, so it’s hilarious to see locals bundled up in down jackets and mittens while I walk around in shorts and no shoes), and certainly no White Christmas to ground you to the season back home. It simply isn’t the same. Not necessarily worse, nor better than winter in the Great Lakes, but very different  – like an internal gyroscope that has lost its ability to keep you upright and oriented. Frankly, without the seasonal clues I grew up in, the holidays in the desert feel as special as Martin Luther King day, just another day off from the usual mundane activities.

The Original Reason for the Season

The reason for the season.

Getting together on Christmas or New Years with family and friends for a feast beside the pool you just climbed out of dripping wet for me, has an emptiness compared to sipping mulled wine by a roaring fire while bundled up to ward off the chill that in ancient times could steal your life away during the night. Which is the truest “reason for the season.”  Most folks in the Judeo Christian Western cultures have lost sight that “Christmas” as we understand it didn’t really exist until about 150 years ago. Most Christian religions actually forbade the celebration of Christmas. Why? Because Christmas is not a Christian holiday, but a Pagan sabbat. In fact most of our Christmas traditions, from holiday feasts, Christmas trees, caroling, exchanging gifts, to helping the poor and under privileged are rooted in Pagan traditions far older than the advent of Jesus of New Testament fame. The original reason for the season was, and for many modern folks remains the Winter Solstice, that period when the longest night and shortest day of the year begin their natural progression in the opposite direction, toward longer days and shorter nights.

So how does Christ fit into all of this? He really doesn’t if there is any historical accuracy to the tales of his birth. Given hints in the Gospels related to Jeshua’s (Jesus wasn’t his real given name, just what the Greeks translated his name to) birth scholars suggest the  Nazarene was born sometime in the spring. So why do we peg December 25th as the birthday of the messiah? It’s pretty simple: first off, the Church, as powerful as it has been over the last 1700 years simply couldn’t stop the formerly Pagan folk from continuing to celebrate their Nature based Pagan holy days and festivals; second, since the Winter Solstice is a Natural demonstration of renewal, of New Life or the resurrection of the sun in the sky, the resurrected Christ of the Gospels should be associated with this celestial event. “But wait a second,” you say, the solstice is usually on or around the 21st or 22nd of December and Christmas is celebrated on the 25th!” And you are correct. So why is Christ’s birth celebrated on the 25th? For two strong reasons – 1) Although the Pagans had been converted to Christianity at the point of a sword, they would not accept that this Jesus feller’s birthday could be laid over their longstanding traditions of what the Winter Solstice is, an Earth based, Natural, seasonal event worth celebrating; 2) Since Jesus died and was resurrected three days later, it made sense to the church to deem that three days after the winter solstice was the appropriate time to celebrate the birth of the savior. And since we are speaking of holy days based on the natural cycles of the seasons, the winter solstice in the Southern hemisphere occurs on or about June 21st or twenty second. So the church declared June 25th to be John (cousin of Jesus) the Baptist Day, thereby assuring that they had the hemispherical house in order. 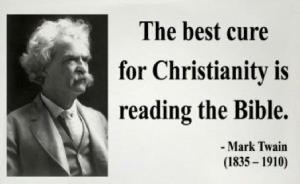 Why do I know so much about the history of Pagan and Abrahamic* holidays? Because I’m a mystic, who grew up in a Catholic family that was excommunicated when my parents divorced in the 1960s; because we then became a Methodist family; because I discovered Buddhism in High School; because I was drawn to mysticism through Taoism before discovering that the West had its own Mystery Traditions that included the esoteric teachings of Judaism, Christianity and Islam, that was and remains an underground (or occult, meaning hidden) movement that has existed for thousands of years tracing its origins to ancient Egypt.

*The Abrahamic Religions of the world are Judaism, Christianity and Islam who all worship the same God, though they call the deity by different names.

As a result, I’ve personally celebrated the Pagan sabbats, or holy days for most of my adult life. Pagan holy days are based on the seasons of the Earth and are celebrated approximately every forty-five days which make up the Wheel of the Year. Here they are (Note: different traditions have different names for these holy days, though the various traditions seem to adhere to the seasonality of the days)

None of the Pagan holy days are commercial. They are generally celebrated in nature and include rituals to acknowledge the blessings of life and a feast.

How I Celebrate the Holy Days 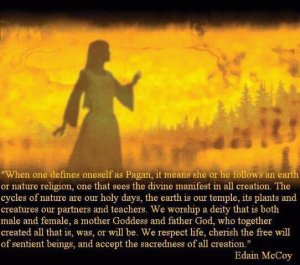 What it means to be Pagan

Contrary to many suppositions, I’ve found that most Pagans honor the traditions and beliefs of all people of faith or spirituality. The known history of suppression and outright destruction of Pagan people, temples, sacred writings and traditions tends to instill an appreciation for how important and how personal religious traditions and practice are. Ironically, most Pagans know more about the Old Testament, New Testament, Quran and related histories than most practitioners of these faiths. Why? Because we had a burning desire for relationship with God and searched close to home before venturing into uncharted waters.

I wish y’all the very best holidays, life and New Year. I hope 2014 is your best year yet.

Want to advertise on The Boot-Strap Expat? You can contact me directly at alex.z@consultant.com