The Primary goals of the Boot-Strap Expat adventure are

When planning and executing a project, there are many potential Issues, Barriers and Risks to the project that can be anticipated, because they are known to impact most projects. So we do our best plan for such eventualities as they will certainly arise and also plan for mitigation – essentially contingency plans – in the event that these  common challenges strike our project. For this reason, most project plans include what are known as Buffers or Slack. It is not uncommon for projects to contain 30% or more of Buffer (in terms of time) to address not only these known knowns, but to allow for unknown unknowns. What is an “unknown unknown?” It is something that impacts your project that you would not normally include. Good examples are Hurricanes, Tsunami, Earth Quakes, etc., or a Black Swan event that comes out of left field that impacts your ability to reach your goals in a timely fashion. Very seldom does a Black Swan event improve your ability to accomplish your goals as planned. A positive Black Swan event for the Boot-Strap Expat adventure would be gasoline prices falling below one dollar per gallon, or all the countries in the Western hemisphere deciding in unison that Passports, Visas and armed border crossings are a silly waste of taxpayer revenues, so those imaginary lines on the ground don’t mean anything. These are the Blackest Swans for anyone who feels that Liberty is a Natural Right. I don’t expect to run across any of these swans during my lifetime.

All projects have Issues

In the realm of Project Management it is important to identify Issues. Issues are circumstances that arise during the course of the project that tend to slow down progress, but don’t halt progress toward the goals of the project. Common Issues for projects are late delivery of materials or supplies, the unexpected unavailability of a key Resource (human or physical), the failure of an activity that requires rework, or a Resource Constraint such as “I need the truck 100% available and running for 90 days, but another project also needs this same truck for part, or all of the time I need it for my project.” Many possible Issues are already known before a project is even launched based on experience or historical data. 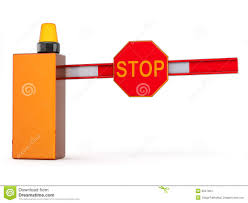 Specific Barriers, may, or may not be known of during the planning and execution of a project. Unlike Issues which can usually be managed while the project continues to move forward, a Barrier halts, at least temporarily all progress for a project. A recent example from my own experience would be – After completing Phase One of a Data Mining project, the funding of the project for Phase Two was suspended, thereby halting further progress. In a case such as this, it might be possible to secure funding for Phase Two from other sources. In a corporate environment this is seldom possible. The best thing you can do in a corporate situation is put the project on the shelf and reactivate the project when funding becomes available.

About as rare as Natalie Portman

Prior to launching the Boot-Strap Expat adventure, I of course needed to figure out how to fund the adventure. As I had just wrapped up a yearlong consulting engagement as an IT Project Portfolio Manager for a major regional US Bank, had some healthy bank balances with a couple months worth of receivables in the pipeline, I decided to leverage my capital by purchasing silver coinage, gold, antiques and collectibles at auction. I was able to acquire incredible discounts on these commodities, often at scrap value. I also purchased a 500 pound jewelers safe to keep many of these items in. It was so heavy, that it required a forklift to place it in the back of my F-150. Fortunately, even though I had this incredible safe at my disposal, I kept most of the gold, silver, jewelry and gems in a safe I’ve owned for years inside my home. I say “fortunately,” because others had taken notice of the quarter ton safe in the back of my half ton pickup truck. I suspect, that like my attempts previously they were unable to get the safe out of my truck bed even with three men working together. So, the stole my truck. With the quarter ton jewelers safe in the bed and about $2000.00 worth (auction/scrap value) of antique silverware and collectibles still in the cab of my F-150!

Yes, I had a security system on the truck, including a kill switch. It didn’t matter. The thieves not only got away with my truck, but thousands of dollars of stock meant to underwrite the Boot-Strap Expat project. The cop that took my report told me that most stolen vehicles are recovered within ten days. That was fourteen months ago. I’ve known plenty of folks who claimed their vehicle was stolen, only to find out later it was actually repossessed. Hell, in my twenties I fell behind on car payments and actually traded vehicles with a friend for over two months to stay one step ahead of the Repo Man after hiding my car in a locked garage for over a month while I tried to get current. I brought my payments current. It didn’t matter. Once a Repo Man gets the order your car or truck is history and you’ll be lucky if they agree to return any personal belongings you left in your vehicle. 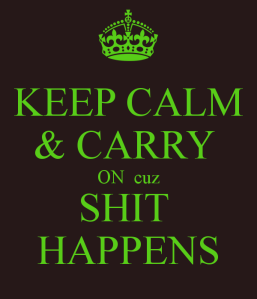 I like to call this, “Shit Happens,” or “Living life on Life’s terms.” Real Life example: You have a big meeting at 09:00, you’re the main presenter, you’ve prepped all week, you set your alarm an hour early to make sure you have plenty of time in the morning, you leave your home twenty minutes earlier than usual to allow for unexpected traffic and it doesn’t matter… you crest a hill on the interstate just after you pass your only chance to exit the freeway, and there’s nothing but brake-lights as far ahead as you can see, punctuated by the flashing red lights of emergency vehicles. Even with all your extra efforts and precautions you will not make your 09:00 AM meeting. But you have a contingency (because you’re good at what you do). You call the office, explain the situation, try to reschedule the meeting for later in the day. If that isn’t possible, and sometimes it isn’t, you stick your Bluetooth in your ear, pull over to the side of the road at 08:55 and give your presentation by phone. If any PowerPoint slides are required you’re ready, because you copied your presentation to a shared drive one of your colleagues has access to. Rather than Failing miserably, the folks in the office are blown away that you were able to come through under such circumstances. That’s the fantasy. The reality is that Shit Happens and you deal with it in the best way you can because you expect unexpected shit to happen! You’ve built some buffer into your plans, a delay of days or even weeks sometimes can be absorbed by the plan, and the goals will still be reached on time.

Not all Barriers bring a project or an adventure to an end. Barriers are often temporary. A storm wipes out power for a week or more. Upper management places a project on hold so the new Director can review the goals and project status before giving the go-ahead to resume. You complete Phase One, and Phase Two budgets need to be approved. This is also “Life on Life’s terms.” I fully expect to encounter barriers during the Boot-Strap Expat adventure. I expect to run into weather that slows me down. I expect delays at border crossings. I expect to fall ill at least once along the way. That’s Life. If all goes according to “Plan,” I’ll be leaving the Great Lakes next month and arriving in Chile sometime in early March. If I’m unable to launch until March, I should arrive in Chile in early June (their early winter). So be it.

Want to advertise on The Boot-Strap Expat? You can contact me directly at alex.z@consultant.com