Exes and Unions and Taxes, Oh My!

I taught my daughter to drink sake during a marathon viewing.

I probably should have provided this background earlier on, but by the time one decides to leave the nation of their birth there has already been years of introspection and internal debate about why one would leave or should leave. Having grown up in the States and also lived abroad, I have first-hand experiences that many folks in the US do not. It has often been repeated that experience is the greatest teacher of all – read and study all you want, but until you have direct experience of anything,” you know nothing, Jon Snow.”

I actually began composing this installment about a month ago (note date above). So why the delay in posting? For safety and sponsorship, is the short answer. Unlike many of the expatriate authors I admire, I’m a Reg’lar Joe. The Greek language has more than one word for knowledge – γνώση, which is what most people in the English speaking world understand as knowledge acquired through study and γνώσεις (Gnosis in English) which is all about experiential knowledge.

So what is Agnostic? 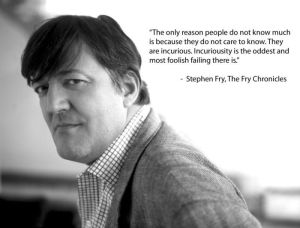 We don’t know what we don’t gno…

When anyone calls themselves Agnostic, what they are saying, whether they realize it or not, is that they have no direct experience of the Divine; they are without true knowledge. By contrast, the Gnostics of early Christianity advocated mystic practices that would enable anyone to gain direct experience of the Divine, thereby sharing experiential knowledge, or Gnosis. You can study and read about SCUBA diving all you want and pass any paper-based test, but until you strap on a tank and take the plunge you know nothing about actual diving.

As a Reg’lar Joe who has experienced first-hand how unreasonable and crushing the monolithic Police-State in the USSA can be, I’ll share some of the formative experiences that have brought me to this crossroad in my life.

UnEnjoyment, the Entrepreneur, the Ex-Wife and The State

“You know nothing, Jon Snow.”

After consulting for an Aerospace parts manufacturer in Toronto, I returned to the States and consulted with a Defense Contractor (Armor and Tracked Vehicle parts) then an Automotive Supplier. On my thirty-second birthday, after celebrating my birthday with over 100 employees, I was called up to the front offices. I expected another cake and warm well-wishes from my fellow staff members. What I actually received was my Walking Papers! When I was hired, I was given one goal – increase production efficiency to within five points of 100% within a year. I achieved this goal within ninety days during a time of incredible growth for this company by doing two things, listening to the real experts (those actually doing the work) and by using Project Management principles to manage the manufacturing processes. Having reached a goal that ownership thought was unattainable within a year in a single quarter, my services were no longer needed and a golfing buddy of one of the corporate officers replaced me.

Was I shocked? Absolutely! Did I learn anything? You bet! The only way to assure your own success in business is to Be A Business. Although I had a decade of management experience in 1992 and my first child was on the way, I decided to apply this new-found gnosis and start my own business. The first rule of starting a business is to do what you know how to do. Given my business and consulting background you might imagine that I started my own consulting firm, but that came years later. Instead, I decided to take what had been a passion and hobby, Bonsai trees, and build a business around this passion. It cost me a whole US Dollar to get my Sales Tax License from the state of Michigan. So while collecting UnEnjoyment (my preferred term for Unemployment compensation), I began expanding my stock of Bonsai trees for retail. With my costly Sales Tax License in hand, I set up accounts with a number of importers and wholesalers and started Gaijin Bonsai. For those of you who recall Shogun (the book or mini-series), gaijin is the Japanese derogatory term for foreigner.

I taught my daughter how to drink sake during a marathon viewing.

One of the immediate benefits of starting this business was that for the first time in my life, I actually had real bonsai tools, rather than the antique tools that approximated what bonsai tools are designed to do.

Bonsai is not a type of tree, but the art of training trees artistically grown in pots.

Being the type of man that aspired to do things properly, when I began Gaijin Bonsai, I informed my UnEnjoyment case officer, and began providing monthly Profit and Loss statements to the state. I don’t know what current regulations are, but in 1992 you could in fact run a business while collecting UnEnjoyment if you provided P&Ls to the state.

Once I was ready, I began sales and marketing through local Arts and Crafts shows with a unique hook – while plenty of people loved Bonsai, few had any clue of how to care for, or create bonsai – so I offered three hour classes for $25.00, which included a live tree, pot and use of the necessary tools to create a Bonsai. Folks loved it! So did I. Once they had some confidence in how to properly care for their Bonsai, these folks came to me for pots, tools, supplies, trees and advice!

About eighteen months after creating this business, my wife and I separated, divorced and I became a Single Mom (old man) to a year old daughter. This wasn’t my first rodeo, I’d divorced once before and the process had been without much drama or trauma. This time was different. During the separation and divorce my wife, Angela (it’s okay, we’re on great terms since), attempted to ruin my business and reputation. One of her stratagems was to call the UnEnjoyment office and accuse me of collecting UnEnjoyment benefits while running a business. Since I had been open with the state regarding Gaijin Bonsai, I didn’t give the threat a second thought. Of course that was before I learned how inept the Public Sector could be…

…Fast Forward three years – While Gaijin Bonsai was nominally successful with three stores in two states, I was only able to take two days off during the first year we were in business. I didn’t own a business, a business owned me. Another gnostic lesson learned – if you can’t walk away from your business and have it operate profitably, you don’t own a business, the business owns you. So I returned to managing for others and became a Scar during the historic Detroit Newspapers Strike of 1995. A Scab is anyone that crosses a union picket line. Being a devout believer in meritocracy, I was a Scar the moment I arrived. I hated everything the union thugs stood for and were trying to control. It was an exciting time and my people kicked ass in terms of service and sales. 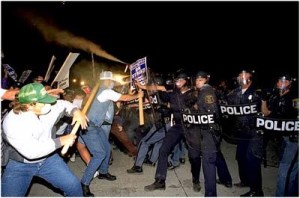 My encounters with union thugs were much more interesting.

But the State of Michigan had finally gotten around to reviewing the false claims Angela had made against me years before and came calling. I had no idea what the MESC (Michigan Employment Security Commission) wanted with me, so I returned their call. I was told that an anonymous tipster (Angela) led the state to believe that I may have defrauded the state of Michigan by collecting UnEnjoyment benefits while operating a business. I explained to the investigator that I did indeed operate a business during that time and that I provided Profit and Loss statements to my case worker as set forth in statute and regulation. She asked me to meet with her and to bring along whatever documentation I had regarding my activities and submissions during the time I had received UnEnjoyment. I agreed and some weeks later I was interviewed by the investigator, shared copies of P&L, Cash-Flow reports for the period and copies of correspondence between my case worker and I. She seemed satisfied, so I didn’t give the matter a second thought. Until about 18 months later…

…I received a subpoena to appear before an administrative tribunal. I was charged with receiving UnEnjoyment benefits in 1992 that I was not entitled to and the penalties were orders of magnitude higher than the benefits I had received – about $1100.00/month as I recall.  So I retained an attorney that used to represent the State of Michigan in such cases with a retainer of $3000.00, and shared all my records with him. He seemed surprised that I had been accused of anything given the documentation I had provided to both he and the State. On the morning of my hearing, my attorney and I showed up, but no one from the State of Michigan arrived. As a matter of Discovery, the State of Michigan was required to provide us with their case files related to my alleged fraud. A single, very thin manila folder held nothing but the P&L and Cash-Flow statements I had provided to the MESC investigator.  The prosecutors for the State of Michigan were too embarrassed to show their faces in the Judge’s chambers. The case against me was dismissed. I won. But I lost – $3000.00 in wasted legal fees. I asked my attorney if I should sue the state for costs in this matter. “They’ll crucify you the rest of your days,” was his reply.